PAM, progressive Australia Movement with an interview with Malcolm McDonnell and below a paper on localisation.

We have climate change. And the threat is severe. The very existence of all human life on earth is jeopardized. Climate change needs a strong response.

However, governments are intransigent – there is little commitment to addressing the issue. They double down to look after the (present-day) economy. There is an impasse.

Can it be done – care for our current economy and create a workable future economy?

In the face of this threat the political demand for change is put out through protest, but is virtually ignored. For many the spontaneous response is to look to their self-sufficiency. The most pressing of our needs is of course food, so the response becomes ‘grow your own food’.

But ‘grow your own’ folks quickly discover this approach is easier said than done. One initiative to draw people together in a cooperative spirit is in community gardens. But while community gardens play a role, they do not produce large quantities of food, and the self-sufficiency dream is never realized.

Properly supported community self-sufficiency in food could be increased substantially as community agriculture.

And it can also incorporate other local economic initiatives like low-tech manufacturing and building with locally sourced materials.

This is the ideal of localization of the economy which holds some support these days. And it has the scope to support the economy immediately and into the future.

But localization is not clearly outlined by its proponents. And it needs to be recognized that reshaping economic activity will certainly need a governance structure.

For governance the size required has to be large enough to bring substantial resources and people together. But it also has to be small enough that it has an administration that is close at hand, not aloof from the participants.

Maybe it does not have to be freshly invented. There is already the structure of Local Government Areas (LGAs). LGAs are a reasonable population size to manage a local economy – being large enough to build a skilled workforce, produce a range of items, and create suitable markets. At the same time, they are small enough for people to have easy access to producers, and for issues such as corruption or exploitation to be controlled.

Can we find local government bodies who can participate in this vision? 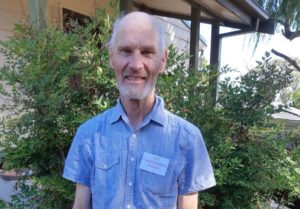